Our healthcare practitioners have many years’ experience treating hip pain with osteopathy.

Hip pain can be caused by a sporting or trauma injury, a repetitive or overuse injury (for example from lots of walking), back problems, or a chronic condition such as arthritis.

Our osteopaths will help you determine the root cause of your hip pain and provide appropriate treatment, including joint manipulation and soft tissue work. We will make appropriate referrals to your GP if osteopathy is not the right treatment for your particular problem.

The decision of when or to have joint replacement surgery is always a difficult one, taking into account the inconvenience of a serious surgical procedure against how much pain the individual is experiencing and how it affects their quality of life.

Many people find that non-invasive treatments can help alleviate some of their symptoms. This helps the patient understand to what degree their condition is manageable and, with the aid of their surgeon, make an informed decision about whether and when joint replacement surgery would be the best option.

Pain and stiffness can lead to less use of the joint and becoming generally less active, having negative effects on general health. Adapting the way you walk or stand to compensate for the painful joint can also cause problems elsewhere in the body. Keeping mobile is key to minimising the deterioration of the joint, and this is where osteopathic treatment might be particularly appropriate.

Once surgery has occurred there will be a period of rehabilitation. The change to the new joint can cause the body to react with increased stiffness. Pain and limited mobility will often persist even though swelling within the joint is no longer the issue.

We would expect to see patients on 3-4 occasions once healing has occurred (six weeks after surgery) and then on a weekly basis with exercises and self-help advice between sessions.

Pre-surgery cases we would aim to see on 2 or 3 occasions in the initial stage and then once every 4-8 weeks to help alleviate symptoms and dysfunction.

There are many different possible causes of hip pain, including a sports or other injury, overuse, poor posture or a chronic condition such as arthritis.

How we treat hip pain

We will look at your hip, leg and ankle mechanics and posture to determine the root cause of your hip pain. Osteopaths use a variety of techniques to treat hip pain, including joint manipulation and soft tissue work.

Our Osteopaths are skilled in distinguishing the root causes of hip pain. If you are struggling with pain, we can help. 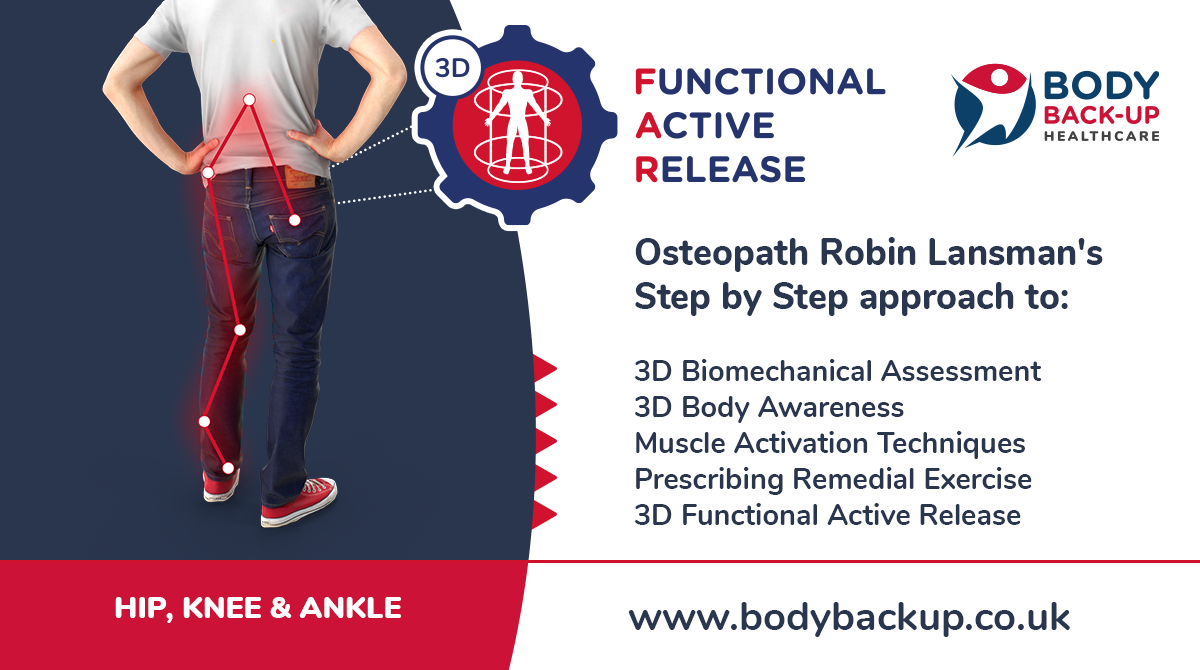 I had suffered from a painful hip for many years after a motor accident. My GP referred me to a physiotherapist and although I dutifully followed the prescribed exercise routine, the pain just intensified to the point where standing still for more than a minute or so was unbearable.

I had little or no hope that an osteopath could help me, but thought anything would be worth a try, I even considered going to a faith healer!

My prejudices were totally unfounded. Robin Lansman quickly put me at my ease and told me that he didn’t operate on a local level like physiotherapy typically does, but rather took a holistic view of pain and injury. This would certainly explain why instead of looking at my hip, he looked at my range of movement then set about treating an entirely different area. I was sceptical that it would make any difference, but when I tried moving again, instead of awkwardness and pain, I felt like my body was actually working with me for the first time in years.

After only a few sessions with Robin, I can move around much more easily and am finally optimistic about the future. I won’t be making that trip to Lourdes for a good few years yet, and would encourage anyone who feels like they have tried everything to give Body Back-Up a go.

Sophie Dent (41), Recruitment ConsultantLondon
Rating : 5
Book an appointment
Our osteopaths are here to help you work, rest and play - better!
Book Appointment
Our Corporate Information & Responsibilities | Copyright Body Back Up Limited 2022 - All Rights Reserved
Back To Top